Now maybe I’m making too much of something that’s nothing more than a coincidence but it seems to me that moral standards In America declined in direct proportion to the demise of the milkman.  Not that I think the Milkman was the actual reason for those peaceful, carefree days. He was a symbol, a symbol of a time when a woman home alone wasn’t afraid to let a man she barely knew come to her house. It was a time when children could come home from school and have homemade, hot-from-the-oven chocolate chip cookies and wash them down with the thick frothy milk that had been hand delivered to their door.

Everyone came to the door in those days. Once a month it was the Fuller brush man, every other Wednesday it was the Avon lady, on Thursday I had a standing order from the butcher shop, on Friday I had my groceries delivered and on Monday the milkman came. When my children were babies I had a diaper service that would come and take a pail full of soiled cloth diapers and return them the next day, washed and folded. When they grew older I would stand at the end of the front walk to wait for them after school, waving to them the minute they rounded the corner at the end of our street, Tilting Rock Road. All the kids in the neighborhood walked to school then; it never even occurred to us that someone might try to snatch them off the streets.

After the cookies were eaten and my children changed into their “play” clothes, it was time for the neighborhood kids to gather at the end of the cul-de-sac and get in one last game of run the bases or dodgeball before the sun went down. Fathers started arriving home with the dusk,  mothers’ voices rang out the names of their children:

At the sound of their full names the children went running home to suppers and baths, homework and bedtime. Maybe one last television show. Then husbands and wives would sit together on the couch awhile, discussing the day’s events: a call to the plumber over a leaky faucet or a child’s visit to the dentist.

I miss those days the most. I miss seeing my children eating freshly baked cookies, the warm chocolate dribbling down their chins. I miss telling my husband about Dana’s A in history, Evan’s part in the school play, Richelle’s spot on the cheerleading team. When my kids were growing up it seemed there were always twenty things to do all at once. My husband and I were awash in the urgent need to get a child somewhere, to watch one of them playing some sport or receiving some award. We had so much to talk about, so many friends whose children went to school with ours.

“Are you Dana’s mother? My Cindy sits beside her in chemistry.”

“Hello Mrs. Hubert, I’m Todd’s mother. I’m calling to see if he might sleep over your house tonight.”

It was constant, vibrant, exhausting. Sometimes I would pray for a moment, a few seconds with nothing to do, nothing but take a long hot bath or have a romantic evening with my Russ. I fantasized about the places we’d go when the children were grown. I dreamed of buying one of those big motorhomes and driving all over the country once the kids were on their own and Russ and I had our turn to start living. Maybe it’s because I was so tired all the time that I didn’t realize that those were the days when we were living.

Eventually my kids stopped rounding the corner on the way home from school.  They went off to college, moved out of the house and started living lives that I could barely understand. Soon Russ and I had all the time in the world, all that time we dreamed about when the kids were underfoot. Well let me tell you, hot baths and romantic dinners don’t sustain you for very long. They don’t fill up the long, silent days when no one comes to visit you, not even the milkman. The ticking of the grandfather clock in the hallway resounding through an empty house doesn’t replace the clamor of three pairs of feet slamming through the back door, tracking mud on my newly mopped floor.

The first time Russ was late for dinner, I noticed. When he’s the only person you expect to come home anymore believe me, you notice. We stopped talking. All the time in the world and not a damn thing to talk about. Our friendships trailed off, discarded with the passing of those hectic school days. After putting three kids through college we didn’t have the money to buy a motorhome. Russ kept getting later and later.

He started coming home after I’d gone to bed. Whole days would go by without us seeing one another. That’s when I got angry. Who was he to abandon me this way? I’d been left behind too.

Didn’t that matter to him at all?

I went through the motions of keeping house and running errands but in my heart I longed for the days when my children were young. I ached for that clear, crisp September morning when I waved them off to a new school year in their pressed and starched brand-new school clothes. Does anyone even press and starch clothes anymore? I wanted to leave empty milk bottles on the stoop and find full ones in their places. I wanted to buy brushes from the Fuller brush man and bake cookies that didn’t grow hard and cold in the plate because there was no one left to eat them. I wanted to feel like I was living again. Anyway…..

I knew almost to the day that bastard son-in-law of mine started cheating on my Dana.  My one salvation was that every Friday night Dana brought her family to have dinner with us, the only night Russ bother to make it home anymore. I envied Dana her son and two daughters, her husband who coached baseball and mowed the lawn. She would do all the things right that I had done wrong, I was sure. Evan and Richelle well, they existed in a world that I knew nothing about: independent, unattached. But Dana with her three kids and her PTA meetings, Dana was something I could hold onto, something I could recognize as real life. So I held her a little bit more closely than I did the others.

They came the Friday night after New Year’s just like every other Friday night. My grandchildren found it up the porch steps full of hugs and kisses and chattering all at once. My daughter greeted me with a peck on the cheek and Jack did the same.

“The kids couldn’t wait to come over Mom,” Dana said.

“ Yeah they real-” Jack started to say something.

“ I made some peach cobbler for dessert, I know it’s your favorite,”  Dana interrupted and thrust the pie plate into my hands. “ Come on kids, let’s go see Papa.” She herded the children into the house, breezing by Jack without a word or even a look.

She pointedly ignored him throughout dinner, talked over him, changed any subject he appeared to be interested in and pass the mashed potatoes to Russ when Jack asked for them.  It was a fight I thought, a lovers spat, nothing more. Russ and I had argued many times when the kids were growing up, back when we were still acknowledging one another.

“You should come by for dinner on a Tuesday or something,” I said, searching for neutral territory, “You know, if you don’t feel like cooking one night, Dana. I’m always here. I could use the company.”

Jack opened his mouth but Dana cut him off.

“Oh Jack doesn’t make it home for dinner much anymore do you Jack? He’s got all those important things to do down at the department. Let me see, what was it last night? Oh yes, he had to write a report about some car accident or something like that.”

“Oh no, she loves to hear about police work,” Dana leaned forward as if to fill me in on an especially juicy piece of gossip, “ Did you know that Jack is so dedicated to his work that he stays late four, sometimes five nights a week? He was so busy last month he miss Alexandra’s Christmas Pageant.”

“Dana!” Jack cut his eyes towards their middle child, ten year old Alex who was studying her plate as if it were a rare diamond.

“Mom please,” Alex whispered, the apples of her cheeks were flushed, her eyes glued to the spot in front of her. “I said I didn’t mind if Daddy was there or not.” Beside her, her older brother Joshua stared at the ceiling, feigning interest in the light fixture. Little Hannah carved tunnels in her mashed potatoes, tiny canals for the gravy to flow through.

I looked at my daughter’s face, past the anger and her tightly drawn lips, past the heat that had crept up into her cheeks. I listened past her clipped tones and her sarcasm and heard, as audibly as if she had spoken the words themselves, how could you do this to me? I saw the quiet accusation in her expression that showed only when she looked at her husband and the way he squirmed under her scrutiny. He refused to meet her eyes and in that moment I knew he was guilty.

I had looked at Russ that way ten years ago, searching for an explanation, knowing there wasn’t one I could accept. Part of me wanted him to beg my forgiveness and the other part didn’t want him to admit his betrayal out loud, to lend it any credence whatsoever. What I got ten years ago was the same look Dana was getting now. What I got now was a blank, stony stare that bespoke indifference. Of course, I didn’t look to him for explanations anymore.

We finished dinner quickly and Dana pleaded a headache. Gathering up her brood she kissed me and promised to call in the morning. She whisked her children passed their father is though he might somehow contaminate them and left him lagging far behind.

Russ had gone to bed in Evan’s old room, long before I finished cleaning up. I made myself a cup of tea and sat by the bay window in the living room, leaving the lights off. I liked the feeling of being able to see out without anyone being able to see in.  It had been a mild winter so far, not very cold, no snow. The grandkids hadn’t even been wearing gloves tonight. Not at all like those winters we used to have, when I would bundle my children up in four layers of clothing to guard against the snow and the wind. I wanted to bundle my Dana up like that, in layers that would protect her from the inside I had endured. I wanted the courage to do something about what was happening to me, what Russ has been doing to me for so long, but I couldn’t seem to get up out of my chair.

I was sitting in the old rocking chair where I dropped my babies to sleep, all those years ago. I pushed back gently and it creeped against the hardwood floor. I stared out at the barren street, listening to the creaking of the chair and the ticking of the hallway clock long, long into the night. 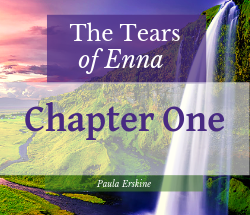 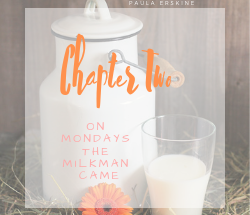 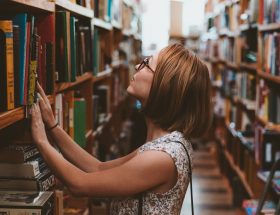 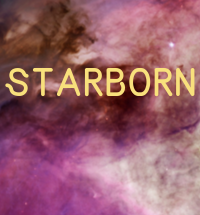 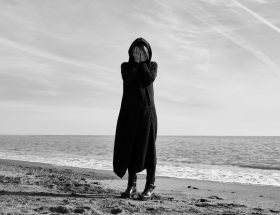 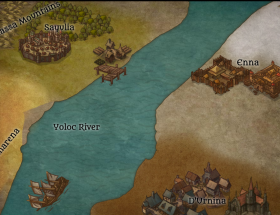 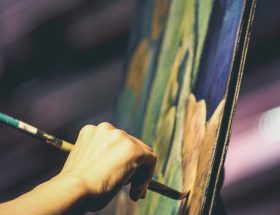